Mental Health Awareness month and National Child month are both celebrated in the month of May. During the current COVID-19 pandemic, many children are suffering through the resulting mental health epidemic which is rampaging through Jamaica. Children are struggling with the symptoms of anxiety, fear and overall loneliness from constant lockdowns and curfews. Additionally, the pandemic has had unexpected social impacts. Not only has it shut down many aspects of the economy, but it has also crippled the health sector including the mental health sector. 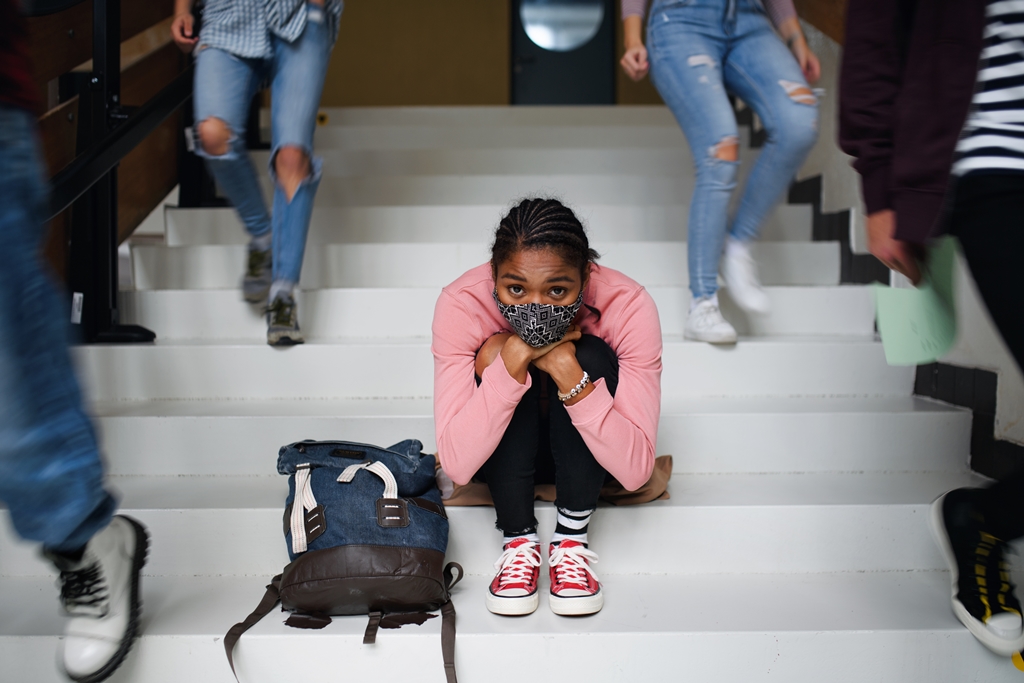 Children struggle with symptoms of anxiety, fear and overall loneliness from constant lockdowns and curfews. Photo from Shutterstock.com

Children are facing the full force of the chronic social fallout in Jamaica during this mental health epidemic. The shutdown of the tourism sector in Jamaica not only contributed to the economic downturn in the island, but, according to the International Labour Organization, also resulted in 75% of persons who lost their jobs being at home. The stressor of job loss and financial instability has led many parents and guardians to carrying their stress home to their children. This has resulted in constant verbal abuse, causing children to question their self-worth, have low self-esteem, low moods and to also live in constant fear.

Tension in low-income houses have caused child abuse in Jamaica to surge since the beginning of the pandemic. According to the Child Protection and Family Services Agency there were approximately 10,000 reported cases of child abuse in 2020. One source of daily verbal and emotional abuse occurs when parents become frustrated over futile attempts with online school. This is seen in widely-circulated audio or video recording of parents verbally, emotionally and physically abusing their child.

Instead of getting help children are further embarrassed and exploited online. Teachers turn a blind eye and deaf ear as they see the flickers on their screens, hear the shouts through their computers or even receive the voice notes on their phones.

Children are not exempted from the same symptoms of depression, anxiety, and loneliness that their parents are facing as well. However, when they begin to isolate or snap at small things their actions are seen as misbehaviour instead of a cry for help. The symptoms of anxiety and fear get worse as they struggle on their own. Children feel just as overwhelmed as their parents when it comes to the constant lockdowns and the closure of schools. Parents fail to realise that their problems also affect their children when they see them frustrated.

Lockdowns have also caused children to be trapped in their already toxic homes. School is not simply a learning environment for many students but also an escape from home. Children can no longer take a breath of fresh air from toxic homes as schools remain shut down. Children that have no siblings or young family members are being starved of the much-needed social interactions that they would get at school. The escape they would normally get while talking and playing with friends no longer exist.

While it is the responsible thing to see the signs of emotional, verbal or any other form of child abuse and report them, this is still not done. Teachers need to be trained to identify and report cases where their students are having mental health issues or where there are signs of abuse. There needs to be an expansion in local social workers and community parenting. Intervention is necessary in cases of child abuse and Jamaica needs more peacekeepers to protect children.

Children should be protected at all costs or there will be a greater increase of mentally ill Jamaicans in years to come. Reports need to be made to reduce occurrence of abuse and help children. They are not exempted from the mental health epidemic but instead are facing the full impact.