Utech Community Frustrated by No Increase in Subvention 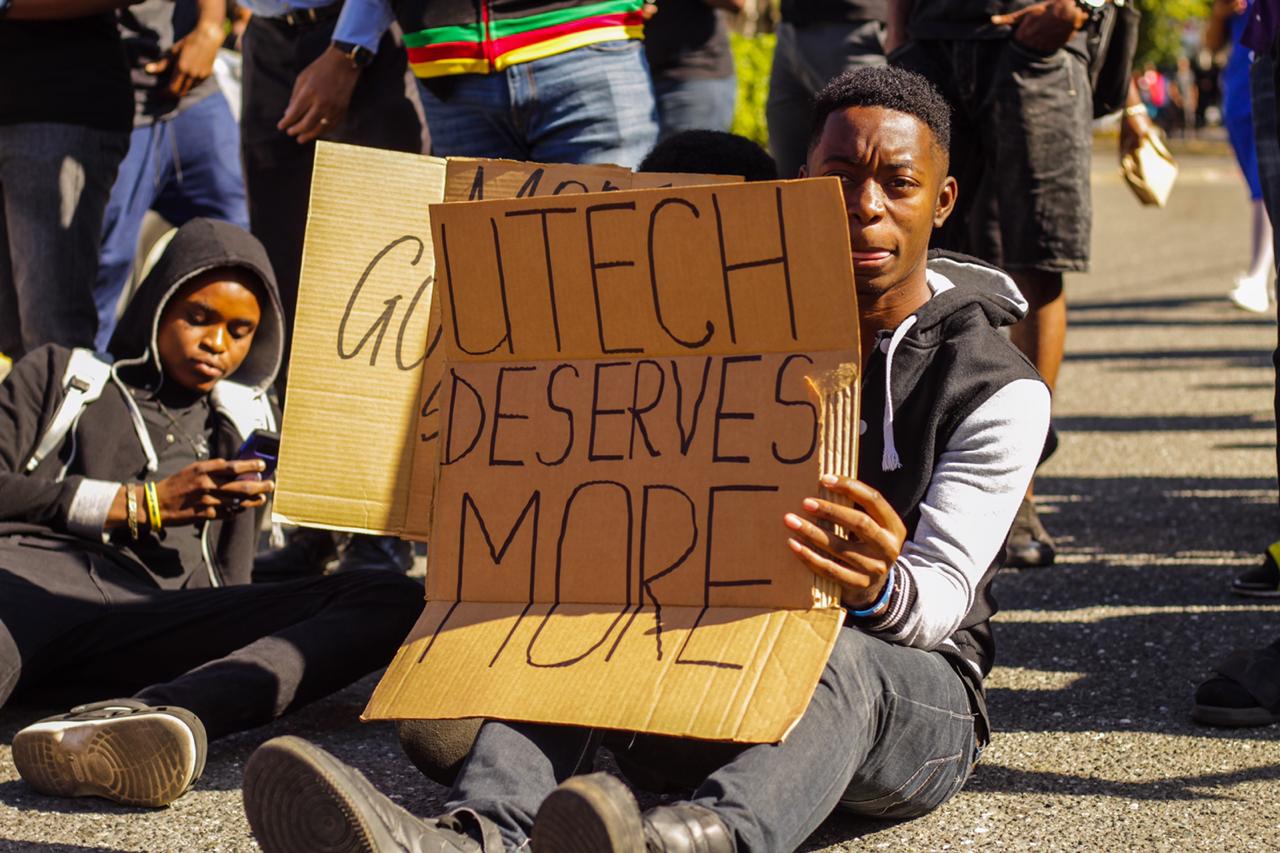 Students of the University of Technology, Jamaica campus in Papine St. Andrew protesting a lack of increase in government subventions on February 20, 2019
Photo by: Tatyana Atkinson/UJS News

On Wednesday, February 20, 2019, the community of the University of Technology, Jamaica staged a ‘black out’ to voice their discontent with the action and silence of the Government of Jamaica regarding the zero percent (0%) increase in subvention by the Jamaican Government that has frustrated students and lecturers alike. Decked out in full black clothing and armored with placards, the protestors lined the entrance of the university, echoing a dire need for an increase in subvention.

This follows news of a failed increase in subvention, after the Jamaica Observer recently published that the House of Representatives had approved the second Supplementary Estimates. Among the increases in expenditure that was announced, it was revealed that the University of the West Indies had attained a $963-million increase in subvention. UTech Jamaica on the other hand, received no increase. To further compound the issue, further investigations showed that UTech Jamaica received the lowest per capita subventions from the Government out of all tertiary institutions on the island. These include Edna Manley School of the Visual and Performing Arts; College of Agriculture, Science, and Education (CASE) and some secondary institutions.

Tia Ferguson, President of the UTech, Jamaica Students’ Union outlined that of particular concern is the fact that the government has been silent on the issue. One student labeled the action of the Government as “Utterly unacceptable”. He further explained that “We are the national university! We must be accounted for before anyone else; but they have abandoned us”. Another protester blatantly exclaimed, “A university without resources is a failing university”.

As the days progress, the university community remains hopeful for a response from the Government of Jamaica and subsequently, a bigger slice of the pie.