As Jamaica enters Breast Cancer Awareness Month in October, the former Executive Director of the Jamaica Cancer Society, Yulit Gordon urged Jamaicans to take the risk of breast cancer seriously. Speaking at an online meeting of the Rotaract Club of the University of Technology, Jamaica on Thursday, Gordon pointed to a study done by the University of the West Indies, that revealed that 60% of women in Jamaica diagnosed with breast cancer are between the ages of 25 and 59. Gordon stressed that these numbers are alarming as usually those who would be affected by breast cancer would be 65 years and older. Furthermore, the median age of breast cancer patients in Jamaica is 52 years old, 8 years less than the median age worldwide. 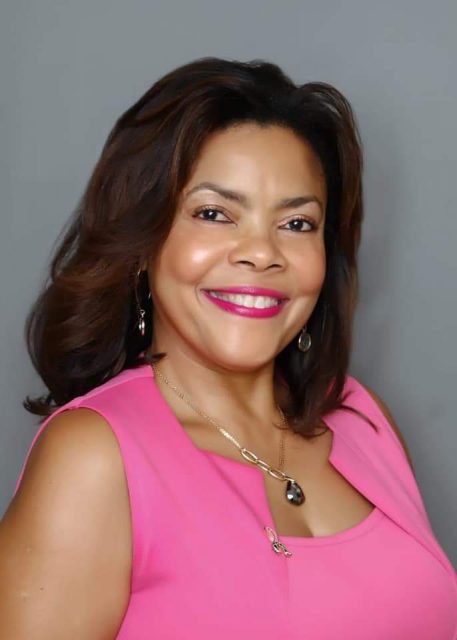 Gordon added that breast cancer is the leading cancer among Jamaican women, and cause of cancer-related deaths among Jamaican women 25 years and older. This disease accounts for almost 30 percent of all cancer-related causes, and for every 100000 women 43 individuals will be diagnosed with cancer in Jamaica. Although she is no longer a member of the cancer society, Gordon is an advocate in fighting the disease, because “the issue of cancer is something personal to me as both sides of my family suffered and I know firsthand what a heavy burden it carries, both financial and emotionally.”

Women over the age of 40 are at the highest risk of getting breast cancer and so a mammogram is imperative especially for those who have a family history of the issue. As it relates to females below the age of 40, Gordon gave a short demonstration to the students present especially the females how to conduct a simply breast examination while at home. The back of the hand is used to firmly press on the inner part of the breast which then is moved to the nipple and a circular motion is used to test for lumps, masses or any abnormalities that may be present on the breast. Gordon emphasized that this isn’t to test for breast cancer itself but to test for any abnormalities, as early detection is the best form of treatment possible. Furthermore, cancer treatment becomes almost impossible once it reaches the point of metastasizing, which means, the movement of cancer cells from the area of origin to multiple parts of the body.

Once the cancer is detected there are three main treatments available in Jamaica: surgery, chemotherapy and radiotherapy. Surgery involves entirely removing one or both breasts (mastectomy), while chemotherapy is the use of anti-cancer drugs to kill or reduce the size of cancer cells. Radiotherapy is the use of high levels of radiation to kill cancer cells. “Our cancer treatment centre of excellence offers state of the art treatment, which mirrors treatment offered by any first world country,” said Gordon.

In addition, Gordon recommended that those who suffer turmoil whether psychologically or physically to contact the Jamaica Reach to Recovery. This is a support organization of over 100 cancer survivors who dedicate their services to give support to patients and their families who suffer from the disease.

Gordon listed the factors that Jamaicans – especially Jamaican women – should be aware of to help reduce the risk of contracting the disease. She implored Jamaicans to reduce alcohol levels, as heavy consumption of alcohol increases estrogen levels, the hormone which increases risk of cancer. The recommended consumption of alcohol per day for women is no more than two glasses. She also stressed the importance of maintaining a healthy lifestyle. Women especially who are in the post-menopausal period of their life, are at a higher risk of getting cancer especially if they’re overweight, so consistent exercise and a change in diet is highly recommended.

She ended her presentation on a high note, affirming to students that cancer doesn’t have to be the end of the road for those diagnosed. “Cancer need not be a death sentence, you don’t have to die.” Gordon shared the story of Olympian Novlene Williams-Mills, who Gordon described as a “Rockstar.” Mills who was diagnosed in 2012, did four surgeries and went back on the track almost immediately and won two Olympic silver medals. Additionally, in March of 2020 Mills and her husband Jameel Mills announced over that they were expecting twins. This was described by Gordon as “A happy story to close off such a sensitive topic.”

An earlier version of this article stated in paragraph 3 stated that “cancer treatment becomes almost impossible once it reaches the point of metastasizing…and this is almost 100% fatal”. Consultation with the reporter confirmed that Ms. Gordon did not make this statement. The UTech Journalism Society unreservedly apologizes for any professional embarrassment that might have been caused.