The great abortion debate is swirling around the Jamaican media-scape and for every person like politician Juliet Cuthbert-Flynn who is fighting for the right of female autonomy, there’s another fifty persons who turn the conversation away from research led advocacy, such as that of the Caribbean Policy Research Institute (CAPRI) to “solutions” that are usually presented in the fight against abortions, but practically are not the holy grail they make them out to be.

You see, one of the many problems is that usually the persons leading the discussions are, you guessed it, male. Men, who throughout all of history have always had their voices heard, their needs met and have been able to make decisions that suit them, whether for the greater good or for their own selfish needs.

Now, this could spiral into a bigger conversation, but let me put into context exactly what it is that I mean. Men have always had the biggest say in women’s reproductive business, which is funny because they don’t have the means to carry a child, birth the child or suffer the consequences of the effects that it may have on a woman. There’s a myriad of complications that could happen during a pregnancy, that leaves lasting scars not only physically, but emotionally and psychologically, as well. But I guess, as long as a man gets to plant his seed to show to the world that he’s capable of producing viable sperm, then to hell with what the woman wants. 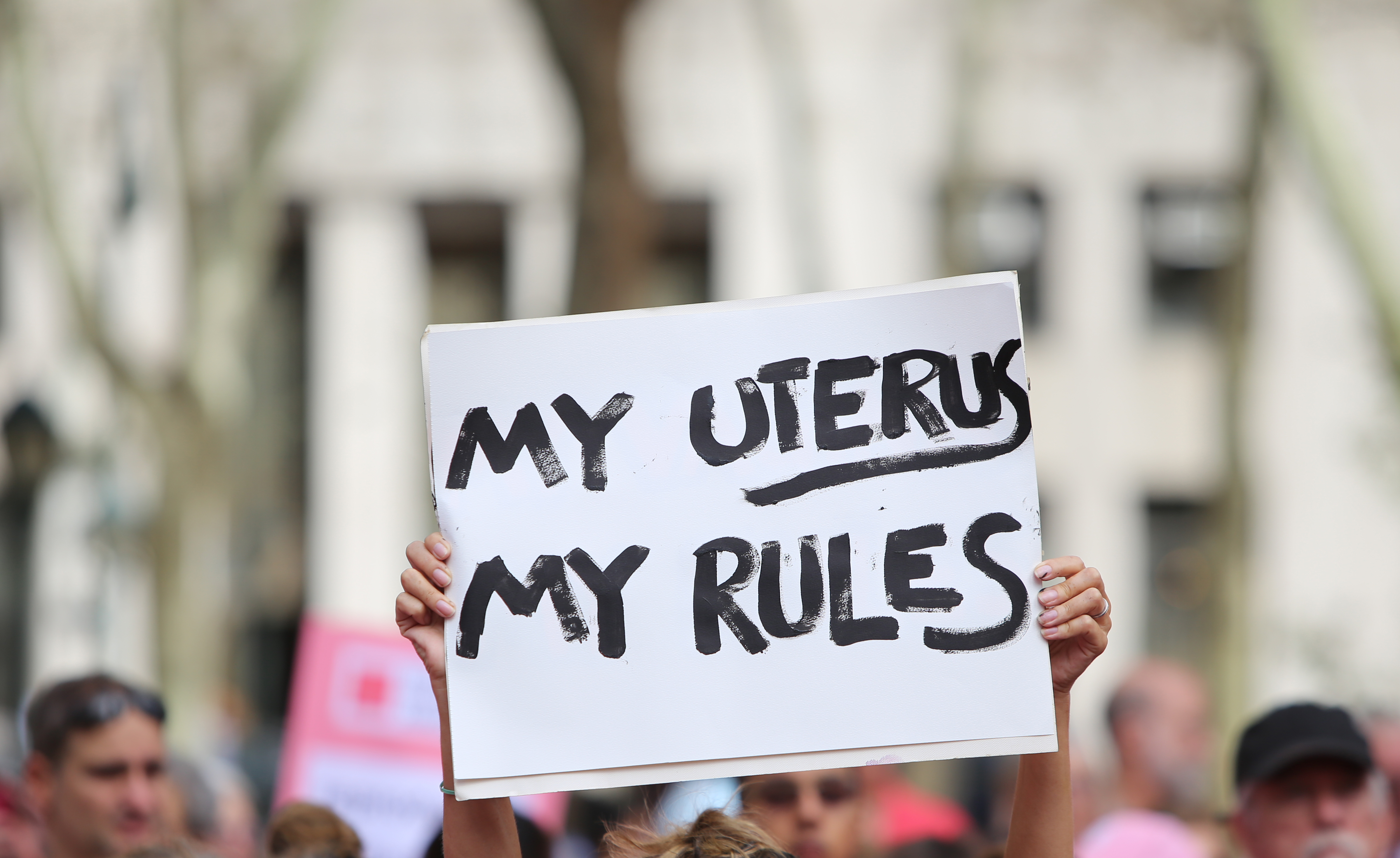 Which I mean, isn’t a hard concept to grasp, since men don’t understand what bodily autonomy is and feel so entitled to women’s bodies, as seen in intimate partner violence, rape, coerced pregnancies, and the list goes on and on. As a matter of fact, let me correct that. Men do understand the concept, because as soon as someone touches them without their consent, or they begin to feel intimidated by someone who they believe is homosexual, then they get angry and often times verbally then physically violent. So then it boils down to a lack of respect for women; they choose to ignore that women are quite capable of choosing what is best for themselves, simply because the patriarchy allows for that kind of nonsense.

Now this is where things start to get controversial.

Sometime last year, I made a tweet which said ” Offenders are often most vocal about the injustices they themselves commit.” It’s actually kind of funny how loud some pastors have been about not legalising abortion, when they have been deemed to be hypocrites by their own congregations.  The church, especially here in Jamaica (that should be separated from the state) has so much say in what people should do with their lives, instead of focusing on their duties to their members and the public at large. I don’t know why it is that women’s reproductive systems and sexual affairs is such a focal point for them.  Is it because the system of church reinforces the patriarchy? Is it because Christians believe that men are the ultimate decision makers? Those are questions I cannot answer, but what I must say is that when it comes to abortion, even if it isn’t the church go-ers that are opposing the legalisation, it is usually influenced by the conservative socialisation of the church and the grand influence that they always seem to have when to it comes to legislation of any issue that has something to do with what people are doing in their bedrooms.

Before I continue to spiral, let’s bring the conversation back to the so called “solutions” or “alternatives” to abortion.

One of the most popular arguments I’ve seen is to “normalise adoption”, but let us look at this strategically and ask ourselves a few questions. Are you willing to adopt?  How many children are currently in state care? How many children can the state facilitate? Of that number, what is the quality of life that the wards have? and I think most relevant of them all is, how did they get there? Why is it that the innocent children have to now live a life without willing, loving and capable parents? Now, I’m not saying that wards of the state cannot life wholesome lives. What I am saying is that if every child that were to be born to parents who do not wish to have them were to go into state care, I’m not certain that it would turn out well for all of them.

The adoption “solution” seems good in theory, but it is definitely a reactive alternative, rather than a proactive one. If we could prevent children from having to live life with many withouts, then why wouldn’t  we. To me, it just seems selfish to bring a life into this world that we are not prepared to give our best to.

And on that point, some would say, “then don’t make them.” People love to bring up birth control and abstinence and ”responsibility “, but they fail to acknowledge that access is very dependent on socio economic status, and that my friends opens up a much more complex discussion about what life looks like for women who are not as privileged  as many of us who have been vocal are. The circumstances that lead to a pregnancy should not have weight on the decision to terminate it, and this is simply because people are imperfect. Other than the fact that in many instances unwanted pregnancies happen as a result of criminal and unscrupulous behaviour, some times humans just slip up. It’s a part of being human, we make mistakes and while we often give men and boys the courtesy of second chances, we don’t afford women and girls the same.

Another part of being human is the ability to make conscious choices. And this is not the part where you say “You should have chosen to not have sex”, let’s not be ridiculous. The choices we have as people are live our lives as we see fit, choosing the paths that we walk and making decisions that are not only best for us, but for those that come after us. If you haven’t figured it out already, I am “pro choice” and it’s sad that I still have to explain that this does not mean “everyone must have an abortion”. It means whether you choose to have one or not, you are free to do so and what the legalisation of abortion means is that it will be safe and non criminal if you do choose to have one.

Let’s just be clear on one thing, if men were the child bearers, this conversation would not be happening. It wouldn’t have ever been a criminal offense, and there would not be such opposition for something that could save and or benefit numerous lives.