At least one person was injured after an explosion occurred at Kareen’s Restaurant in Cooreville Gardens  after 3:00 PM on Friday. The explosion occurred during a gas delivery to the restaurant – which is run from a home – while food was being prepared. The hose from the gas truck malfunctioned and sparked the cylinders and burners that were being used. 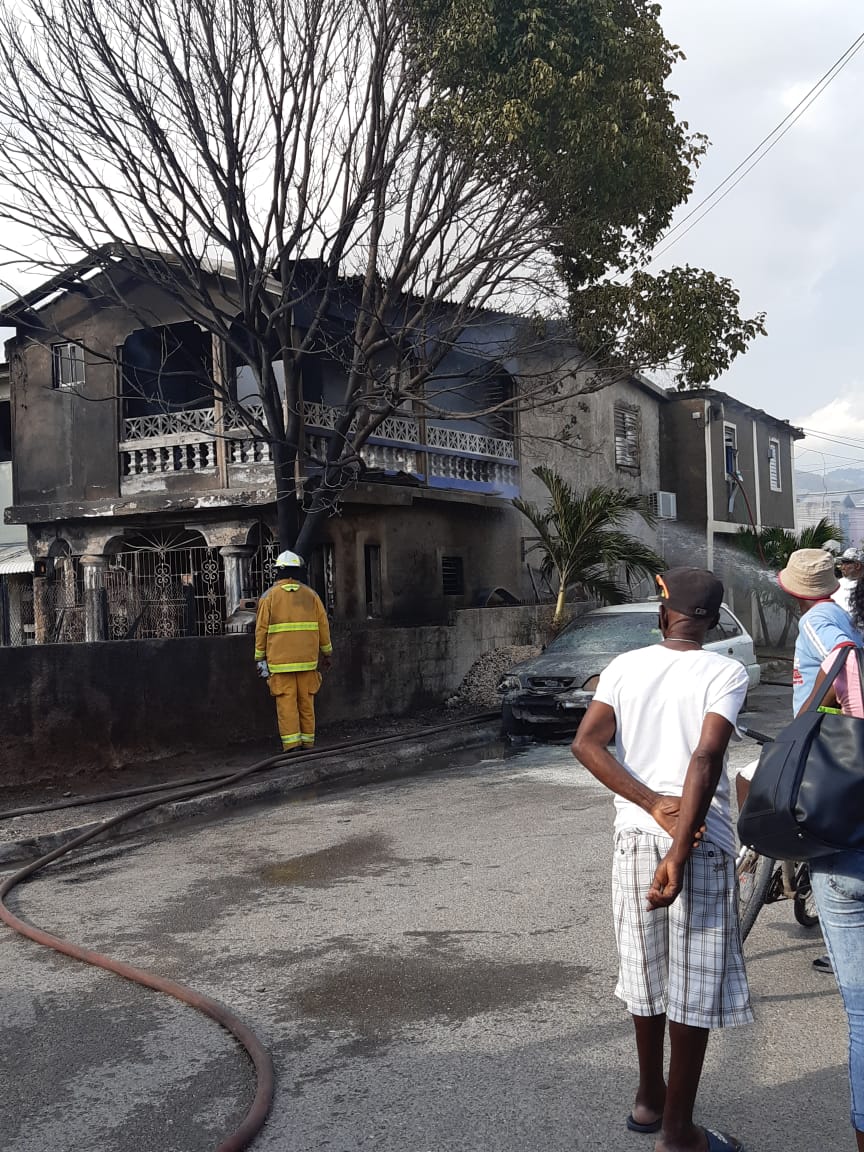 Vince Edwards, a resident of Cooreville, who was an eyewitness to the explosion recalls “seeing a white substance resembling foam on either the cylinder or the hose attachment”, which then sparked and caused the subsequent explosions.

After the initial explosion, the Petcom Gas Truck also caught ablaze and shortly after there was another explosion from the house. A neighbour gave the driver of the truck a fire extinguisher from his house and along with other members of the community, used it and the buckets of retardant from the truck to stop the flames.

A fire brigade unit, along with police officers responded to the scene in about 10 minutes after the last explosion. Shortly after, two more units joined the efforts to put out the fire.

At around 4:15 pm, the flames were completely extinguished and responders left the scene.