Dean Fraser, Jamaican saxophonist, blames media entities for there not being enough reggae music being played on the radio. Speaking on Monday’s online discussion In the Reggae Studio in observation of Reggae Month, Fraser stated that there are a lot of Jamaican artistes who make a lot of music but it is not heard by the Jamaican populous because “the media is to blame for not having enough ‘roots’ music on the radio to hear.” 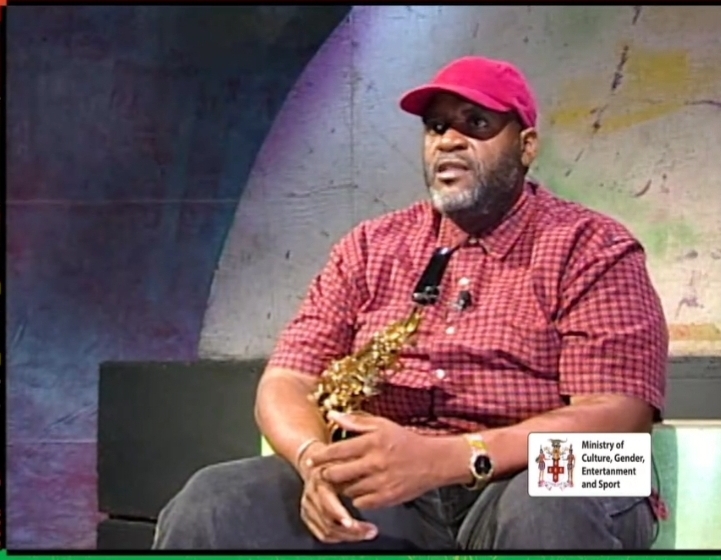 Dean Fraser speaking on “In the Reggae Studio” on Monday, February 8, 2021

Despite making good music, Fraser says that the media and other sectors does not embrace it. “Other sectors of our society only come on [board] along the way, yet they embrace other music forms,” Fraser said. He continued, “other sectors embrace our music to a level and waits on something negative to happen to the artiste for example and then bashes them and the music.”

Fraser is urging all Jamaicans to embrace reggae music to a greater extent. “If it wasn’t for the youths in Trench Town, there wouldn’t be a Bob Marley superstar,” Fraser explained. “Those men are the ones who get behind young musicians, singers and DJs of this country,” he continued.

Fraser explained that what needs to be done is for “Jamaicans to move pass the thinking that Jamaican music is not good and to have more respect for our music- reggae in particular.” Fraser notes that music has no limit so all that is needed, is for artistes or musicians to make good music in order for it to expand.

Growing up listening music, Fraser has always had an interest in the art form. Having no prior training and no one to help him, he learnt to play the saxophone by watching the fingers of other musicians while they are playing, then he tried to produce the same sounds. He lamented that now there is no music in the schools as compulsory for students to learn at a tender age.