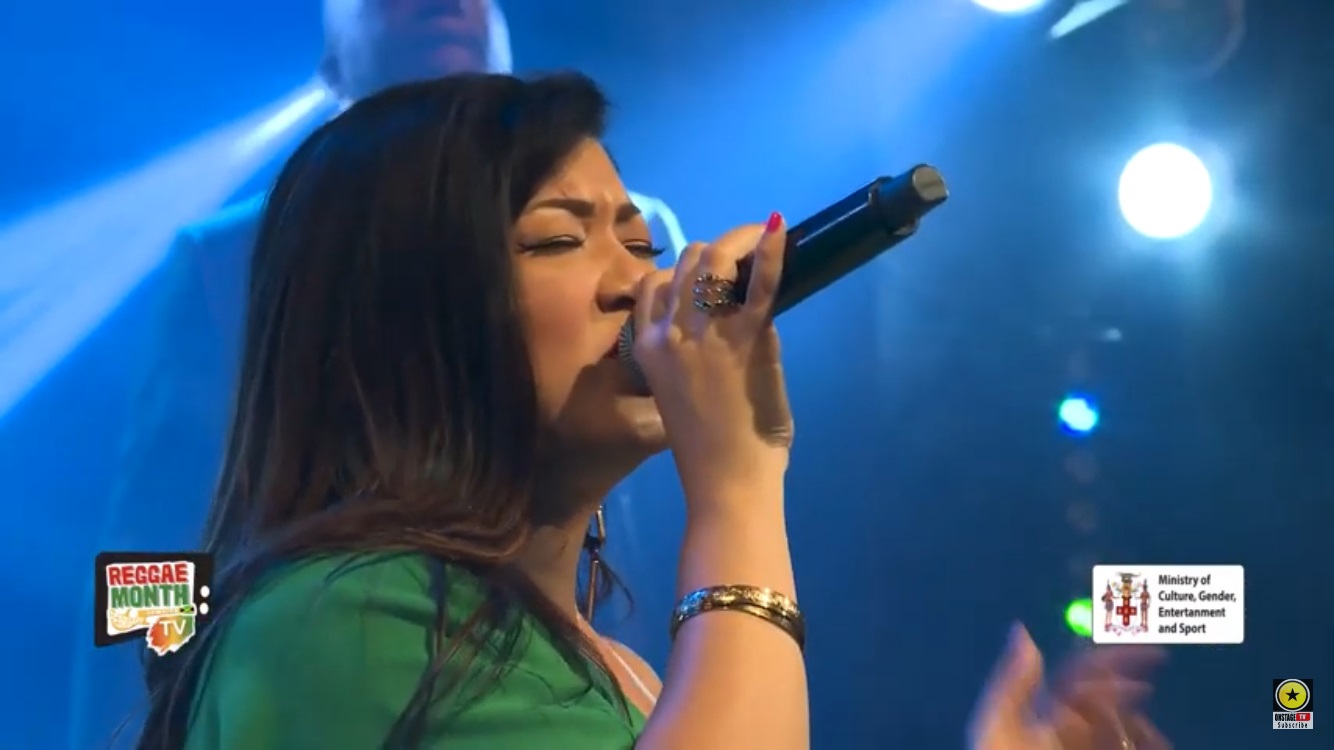 Tessanne Chin, was the evening’s first musical performer and stole hearts with her astonishing voice and vocal skills. Popularly known for winning Season 5 of “The Voice”, highlights of her performance included fan favourite, “Anything’s Possible” and an amazing delivery of Bob Marley’s “Redemption Song”. Tessanne was followed by the ‘Italian Reggae Ambassador’ Albert D’Ascola – more popularly known as Alborosie. He performed a number of his chart toppers including his 2009 collaboration with Jamaican reggae artiste, Etana, “Blessings”. 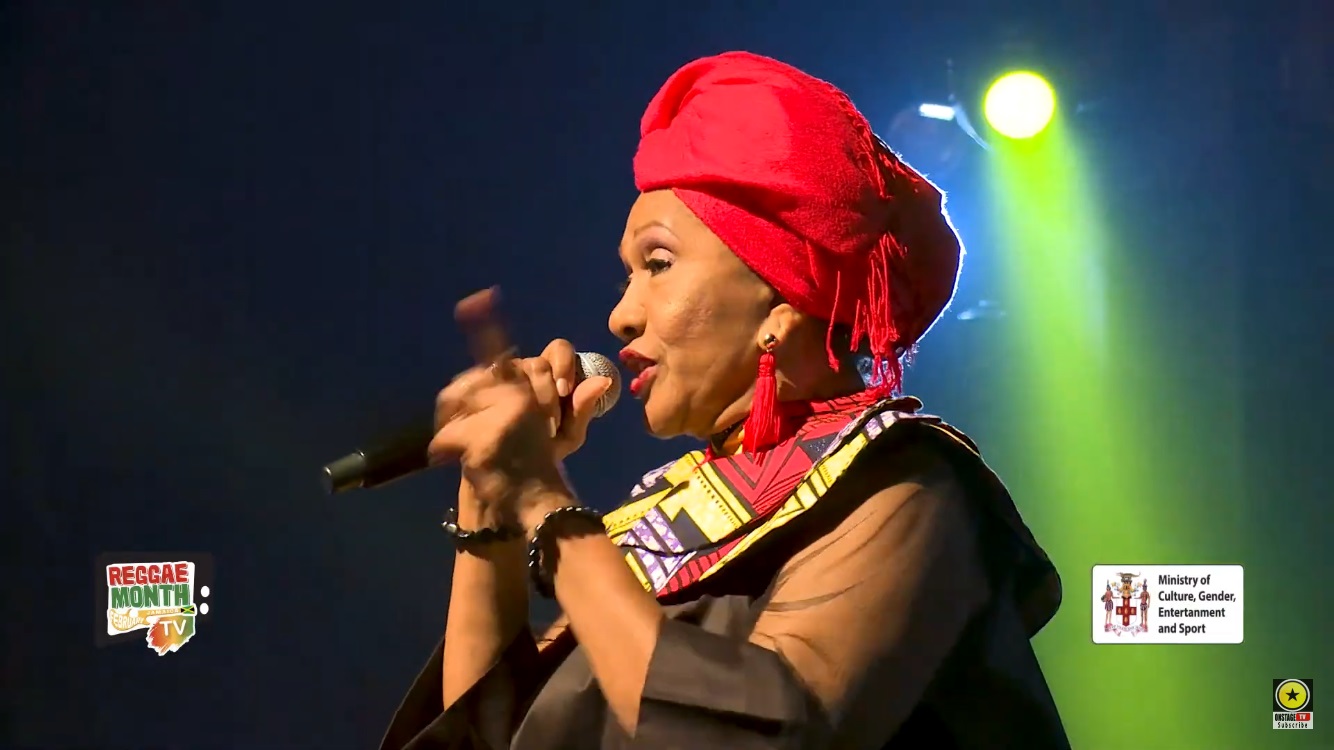 The highlight of the evening was the performance of Marcia Griffiths. Gracefully taking the spotlight and warming hearts left, right and centre, Sister Marcia executed an outstanding performance which included: “Melody Life”, “Capture Rasta” and “All My Life”. She also paid tribute to her old friend, The King of Reggae, The Tuff Gong, Bob Marley with “Three Little Birds”.

Up next was Singy Singy a.k.a, Tarrus Riley. He set the mood for loving and ‘upful’ vibes with “Love’s Contagious”, “Simple Blessings”, alongside Konshens, “She’s Royal” and “Lion Paw’”.  Riley’s finale was a dub for Reggae Month of one of his most popular records, “Gimme Likkle One Drop” for which the bassline did indeed roll an kotch. Thanks to the All Star Crew it is safe to say that throughout the whole event the ‘riddim jus a chop.’

Byiome Muir, better recognized as I-Octane, a Jamaican reggae/dancehall artiste had the evening’s final performance. The musical artist came with high energy to end the event with a bang. “No Shaky Link” was the entertainer’s first choice to begin his set. He continued with some of his career’s bangers including “Someone to Love”. He concluded by sending a message to the people with his 2012 single, “Walk With Jah Jah.” 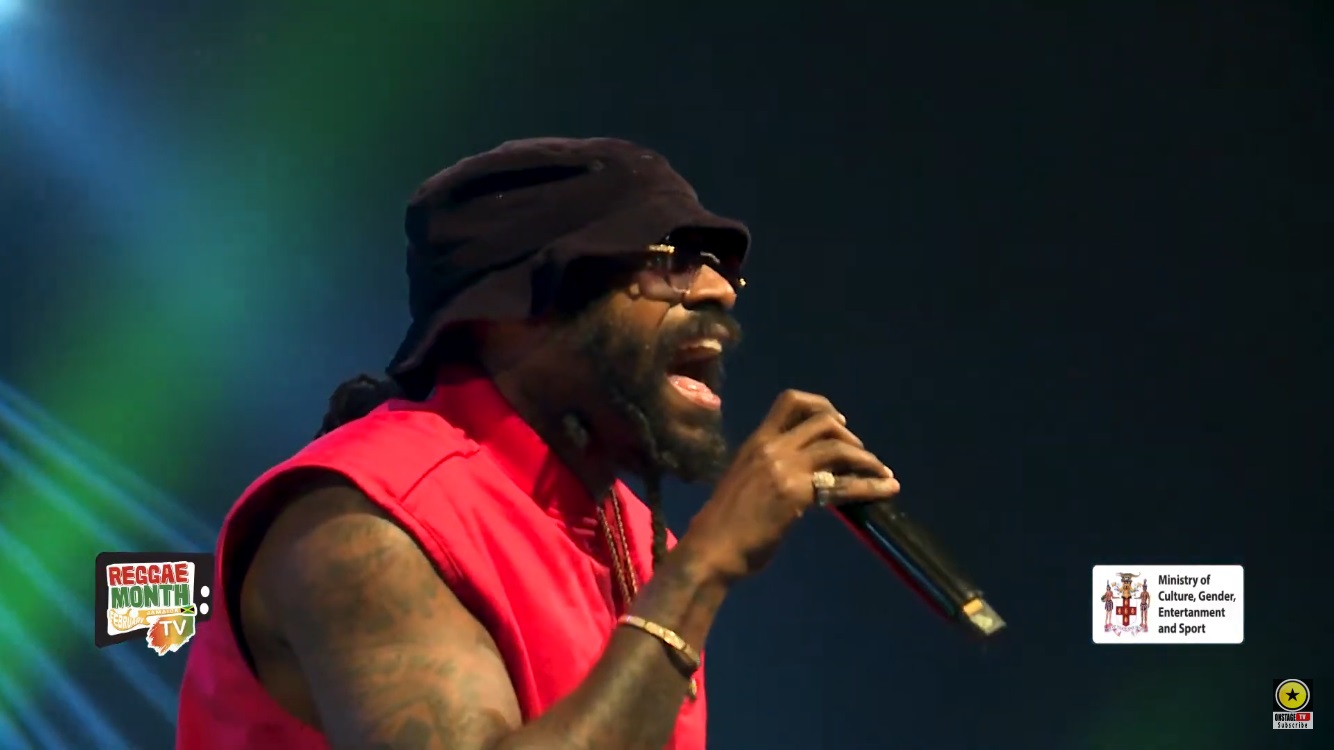 Reggae mogul, Tarrus Riley performs his 2017 hit, “Just the Way You Are”, at the second staging of Global Reggae Night for Reggae Month.

The evening’s sound was powered by Dean Fraser and Black Soil Band, popularly referred to as the All Star Crew, and the event was brought by The Ministry of Culture, Gender, Entertainment and Sport in association with The Ministry of Tourism. All came together to produce what host, Yendi Phillips described as “another reggae rocking night of top class entertainment.”