“As a singer, the worst thing for me is not being known in your own country. I’ve done so much things in Jamaica, especially in dancehall and nobody ever mention me, no Beenie Man, no Bounty Killer.” Those are the words from the late reggae artiste, songwriter and producer, Lincoln Barrington “Sugar” Minott, who stated in an archived interview about not getting enough recognition in Jamaica. The interview was rebroadcast last Thursday on In the Reggae Studio, in honor of Minott’s work in the music industry in observation of Jamaica’s Reggae Month celebrations. 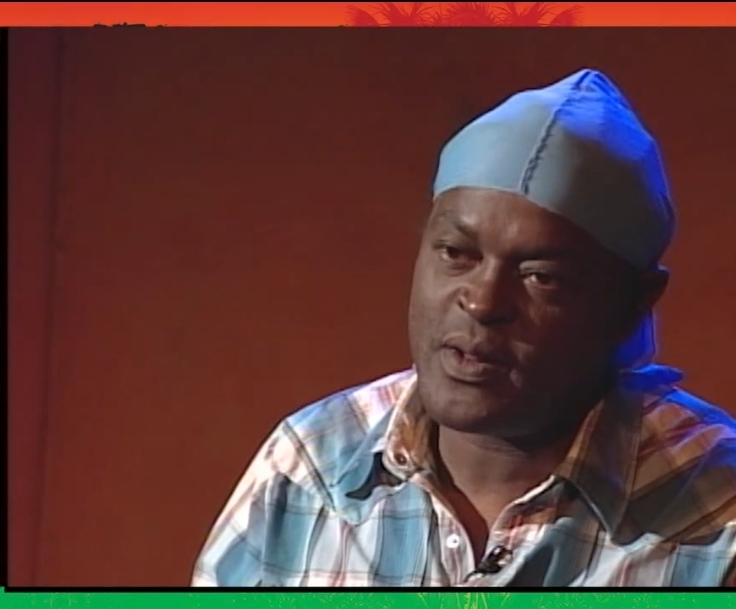 Screenshot of the late Barrington Lincoln “Sugar” Minott, during an “In the Reggae Studio” interview that was aired on Thursday, February 18, 2021 in commemoration of Reggae Month.

Before his passing in 2010, Minott hoped that he would receive more credit and recognition in the music industry. In the interview, he stated that, “one of my goal is if I can stay in Jamaica as long as I want and don’t really have to travel to foreign every time I want to achieve a thing. But if I stay here, it’s a big struggle for me.” In the interview, Minott said he wanted his Jamaican people to recognize him. “The world could recognize me, I don’t care, Germany, Russia, Belgium…they want me in many places, Japan, China but that’s not what I want, I need the love from my people in Jamaica. That would be so great,” he explained. “If you gave me 10 million dollars, it couldn’t compare to when I walk through Jungle and Rema and a youth say, “yes fada” or “a who dat, Missa Minott?” you can’t pay for that,” he continued.

Despite being a Reggae artiste in the country of Reggae, Minott noted that Jamaica was the worst place for him to work as a singer. He lamented that “I’ve been on stage and I didn’t know that someone could get booed for just their name being called and I’m not on the stage and I’m not singing as yet. But everybody wants to hear Ninjaman and other people there.”

Minott blamed himself for being laid-back in the music industry instead of trying to broaden his image as an artiste. “I didn’t have that upfront or that forwardness I should have had to push myself, I was laid back and that kind of hold me back a bit,” Minott said. Even as a producer, Minott explained that he wasn’t recognized as such in Jamaica. “The fight that I get as a producer is because I am a singer. They don’t want you to be everything. Other singers that I produce, as soon as they [are] getting a name it becomes a competition. Then when him be a big star now, him nuh want join up again, he rather go to Jammy’s or somewhere else where he’s just a producer. So that was really hard,” Minott says. Minott produced songs for artistes such as Junior Reid, Tony Rebel, Little John and Garnett Silk.